A recent case involving SAI Global Property Division (SAI) handed down by Justice Moshinsky in the Federal Court on 14 November 2016 highlights this issue. 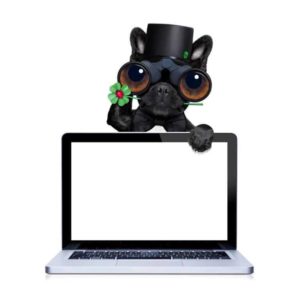 Several days prior to his resignation on 29 October 2015, an SAI employee had copied confidential client information onto a USB device and his laptop computer. This occurred despite specific prohibitions in his employment contract, and correspondence and advice from his employer (including at the ‘Off Boarding’ interview) underlining his obligations under the Copyright Act and under Corporations Law. The employee commenced employment with a Competitor interestingly while on paid gardening leave.

SAI became aware of this breach on 7 December 2015 and were granted an injunction preventing the ex- employee from deleting any of the confidential information on his laptop or USB and requiring him to deliver the devices to the Court.

On 11 December 2015, the employee filed an affidavit detailing the limited use the confidential information had been put to whilst in his new employment (without  Employer’s knowledge) together with the devices.  Subsequently, the Court ordered that the employee be further restrained from deleting any confidential information and acceded to an SAI request for the devices to be examined by an independent expert.

It’s important to note that as of 7 December 2015,  the ex-employee had extensively admitted to liability and had provided detailed information, including expert forensic evidence,  that  access to the confidential  information was limited and that it had been removed from his new employer’s computer and restored on his USB for verification by SAI.

Justice Moshinsky concluded that all the declaratory orders sought by SAI should be granted, including damages of $9,231. Further, the ex-employee was required to pay SAI legal costs ($82,952) incurred up to 11 December, when the matter was for all intents and purposes concluded,  plus  payment of  post-December 11  SAI  independent expert costs (including lawyer costs)  of $34,411 necessary to determine whether there had been any other confidential information accessed by the former employee.

Now for the bad news for SAI and its lawyers!

When it came to the question of costs after 11 December Justice Moshinsky determined that SAI had breached the overarching obligations contained in section 37 M & N of the Federal Court Act, which was designed amongst other things to ensure:

Normally costs follow the event which would mean all of SAI legal costs would be payable by the ex-employee.

However in this case justice Moshinsky determined that ‘  … to a large extent SAI had secured the most important relief it sought by 11 December 2015..” and declared that SAI had unnecessarily incurred costs ‘out of all proportion to the work involved in that period’ (including the final hearing), which amounted to $158,106, and ordered that these costs be reduced by 50%.

This should serve as a salutary reminder to overzealous litigants that there are considerable risks of over engineering litigation, and that courts at every level are becoming increasingly focused on punishing litigants and legal representatives if litigation is not proportionate to the likely award of any damages and an efficient use of judicial and administrative resources available for the purposes of the Courts.